Graph taken from http://gvirtzman.es.huji.ac.il/1024×768/publications/pdf/QR-Enzel-et-al.pdf
See Chronology page for explanation.
Note that the Palestinian climate began worsening in the 23rd century BC and continued to worsen well into 15th century BC. Yet, this period of climatic degradation began with the Three Hundred Years’ Anarchy (as I like to call the Intermediate Bronze Age), continued into a revival of Canaanite civilization between the 19th and 16th centuries BC, and ended with another period of destruction, anarchy, and an end to the vast majority of fortified settlements (the Late Bronze IA). 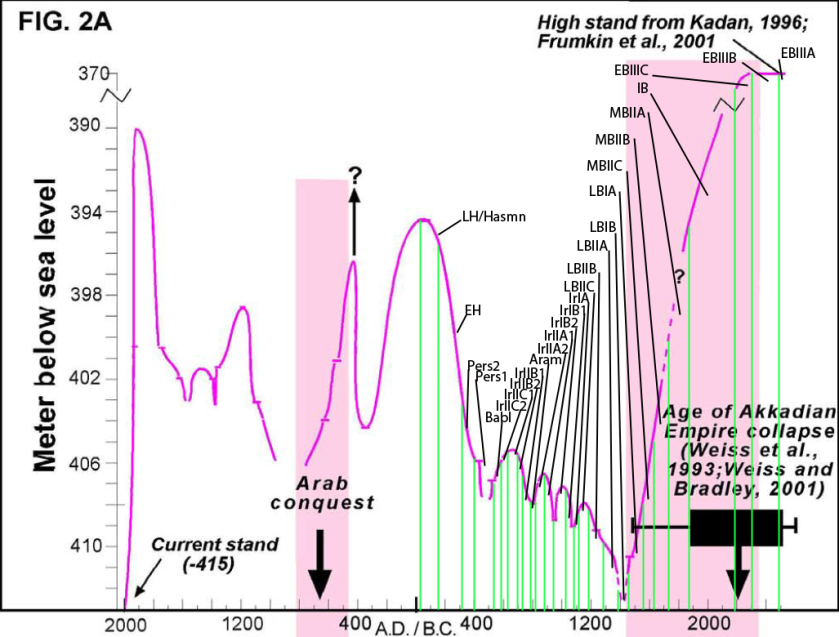 Also, I corrected the coordinates of the location of the Neolithic settlement of ‘Ain Ghazal, Jordan, on Wikipedia. You have only me to thank for this.
http://en.wikipedia.org/wiki/%27Ain_Ghazal
I have also added a Quotes page today.