As I am writing this, the U.S. federal government is in the first day of its state of shutdown. Numerous important U.S. government websites have been shut down. Thus, a lesson has been learned by me: confidence in the U.S. government’s ability to keep important webpages publicly accessible 24 hours a day, seven days a week, every day of the year, can be destroyed in a blink of an eye by sufficient political polarization. I have always preferred the state of political polarization that has existed since 2009 over the state of affairs that existed in FDR’s days (which I am not old enough to have witnessed) or the state of affairs that prevailed when Ayn Rand villain Paul Ryan gave a stirring monologue in support of the TARP. Any sound reform banning fractional-reserve banking would have been worth a few years of far more intense economic pain than we have witnessed. Though this blog has not been updated with a full-length post in over a week, at least this blog is still active. I am perpetually planning to write quality posts. 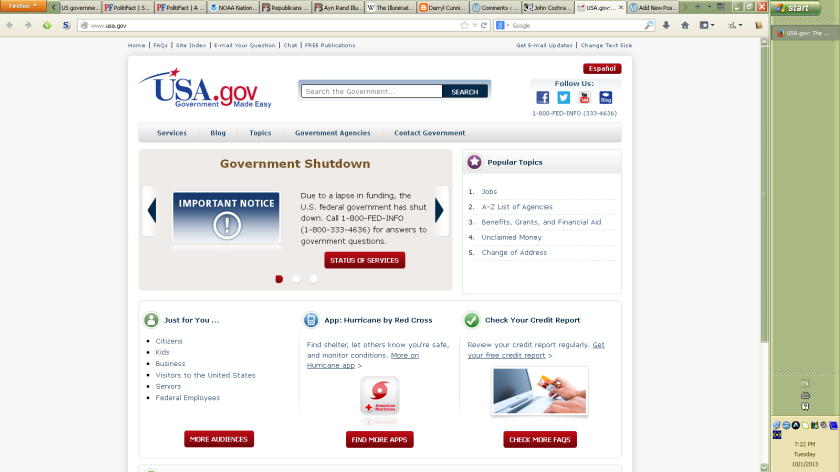