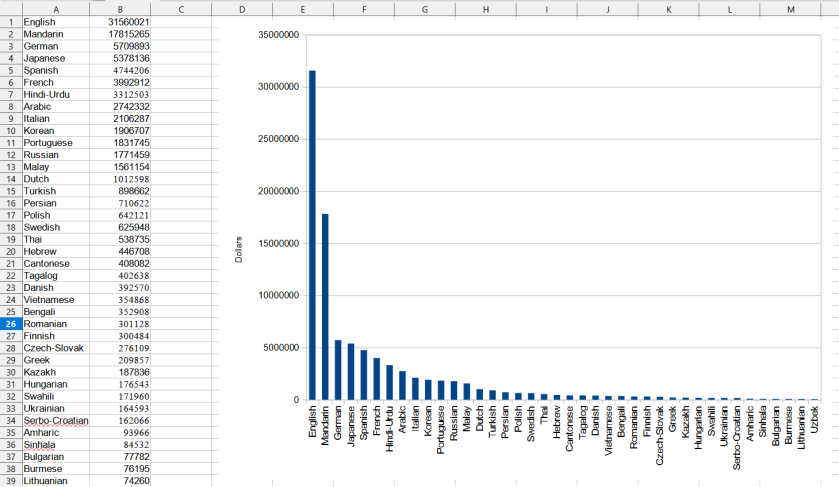 The list of languages by GDP by nominal exchange rates is roughly how I would rank the languages in terms of their importance. Mandarin might surpass English in the next thirty years, Russian might surpass Italian and Korean, Vietnamese might surpass Polish, and Spanish and Hindi-Urdu might surpass Japanese and German. Only the top 8 are major languages; those outside the top 13 are minor, and those outside the top 16 are generally not worth learning. Of the classical languages, Latin is probably the one most worth learning to English speakers because of the large shared vocabulary and it being widely used by Western European Medieval intellectuals. Attic Greek, classical Chinese, Sanskrit, and Middle Persian follow.

The chart says it all:

Needless to say, the title is completely misleading.