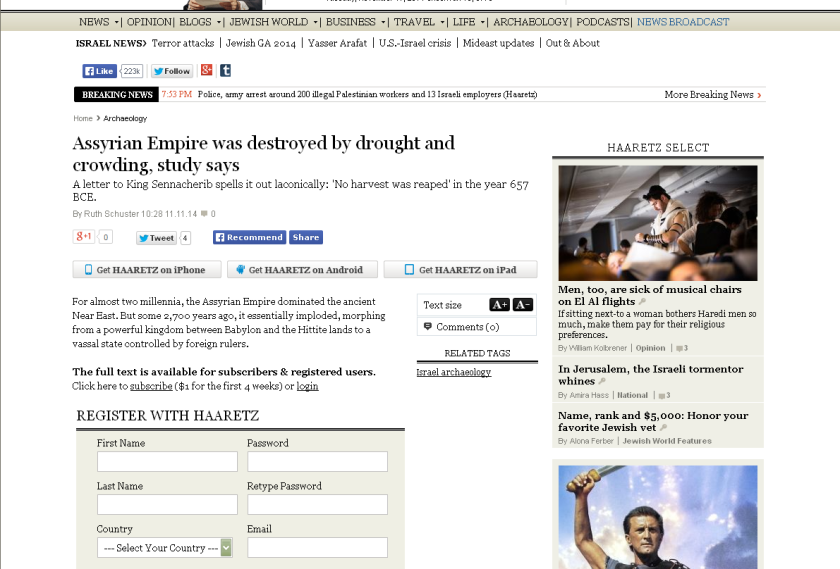 To the ignorant:
1. Sennacherib died long before 657 BC.
2. Drought had little to nothing to do with the fall of the Assyrian Empire. The Empire was doomed by Nabopolassar’s Chaldean revolts in Akkad and an usurper in Nineveh. Nadav Na’aman describes this thoroughly.

3. Crowding was always a feature of Assyrian life; Assyria was a very urbanized country since at least the 9th century BC, and probably long before.

The info on the cultic site at ‘Ain el-Qudeirat (Kadesh Barnea? Azmon? Hazar-Addar?).

The Nahas pottery and stratigraphy.

The analysis of the Nahas pottery.

The Edomite pottery at Aroer.

For information about Aroer, see here and here.