In the United States, both state legislative and congressional districts are designed by politicians. These politicians, especially in the Republican-controlled states (this has only been true since 2010 or so) tend to design districts to give a clear and consistent advantage to their party. The canonical example of this is North Carolina (current [smoother] district lines): 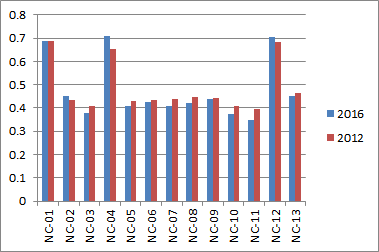 The x-axis indicates the district, the y-axis shows the two-party Democratic presidential vote. Given the highly sorted party system currently existing in the United States, the presidential vote functions as a very good proxy for House candidate vote and is more appropriate here than House vote since the candidates are the same in every district. As one can readily see, in North Carolina, Democrats are packed into only three out of thirteen congressional districts, even though they won over 48% of the two-party presidential vote in both 2016 and 2012. Only in 2011 were the lines redrawn to favor the Republicans (and they will continue to favor the Republicans for a long time), before, they favored the Democrats since the 1890s.

Given that not all gerrymanders are created equal, several ways have been proposed to measure this phenomenon.

I. Insufficiency of commonly used methods

One way has been to compare the difficulty of recapturing the majority of the seats relative to winning the majority of the two-party vote in a state by looking at the difference between the presidential vote of the median district and the statewide presidential vote. However, one of the most gerrymandered states by this measure is Tennessee, which is a 60%+ Republican state with two Democratic seats (out of nine total)! Massachusetts (a 60%+ Democratic state with the same number of seats as TN) does not have even a single Republican seat! Yet, nobody can seriously call Massachusetts gerrymandered against the Republicans. Tennessee’s creation of more Democratic seats almost necessitates a higher difference between the median seat and the state due to more Democratic voters having to be taken away from the state’s median seat into the Democratic-held seats. Thus, the median district approach cannot be used as a serious way to measure gerrymandering, as it only looks at one district-the median one.

Another way to measure gerrymandering has been some kind of way of comparing share of seats won by v. share votes cast for a party. This is also a very flawed method.

The problem with these approaches is that they cannot distinguish between this (super-weak Democratic gerrymander in an evenly tied state with ten districts): 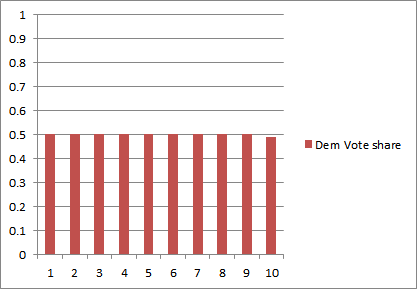 and this (strong Democratic gerrymander in an evenly tied state with ten districts): 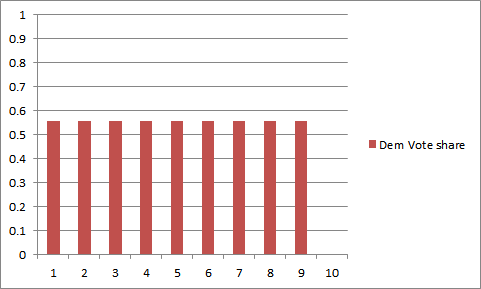 But pretends there are giant differences between this (super-weak Democratic gerrymander in an evenly tied state with ten districts):

and this (super-weak Republican gerrymander): 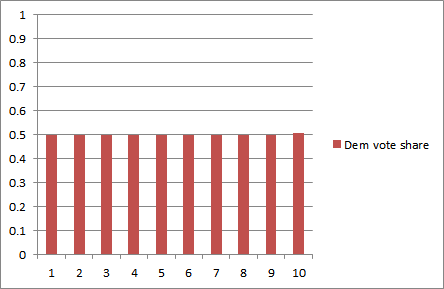 As you can see, the problem with this approach is that the most gerrymandered maps by this measure will inevitably be dummymanders -that is, maps in which the party drawing the districts is so thinly spread out, if the popular vote shifts uniformly to the opposing party just a little, the map will look identical to a gerrymander designed by the opposing party.

In any case, any gerrymander has to be judged on two criteria: seat maximization and safety. There is a direct trade-off between the two (as thus, for an evenly tied state in which any and all district boundaries are permitted): 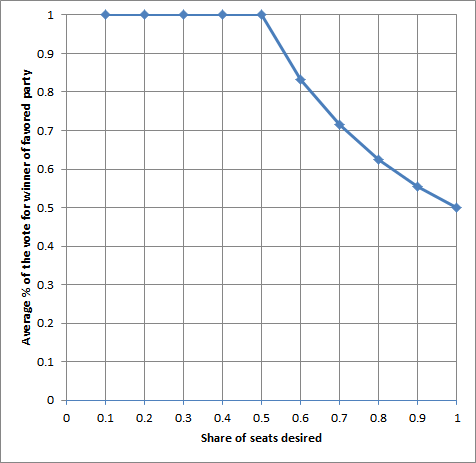 Notice that the curve is bowed in. However, in practice, the difference between a two point and a ten point presidential win margin is worth much more in terms of a House member’s win probability than that between a thirty point and fifty point presidential margin. Given this, the top and the bottom portions of the y-axis should be compressed and the middle expanded. With the axis like this, the curve would be bowed out, and the point of most correct gerrymander be placed at the outermost point of the curve.

Such curves should be designed for every state in the union with a reasonable number of House districts to test for gerrymanders there. Generally, the optimal average win margin for a favored party (that is, one that does not waste votes, but still keeps seats reasonably safe) is probably around ten points for an evenly tied state. Any good gerrymander should be directly on the possibilities frontier (as my strong D gerrymander graph with red bars is), not within it (as my super-weak D gerrymander graph with red bars is).

Ideally, a gerrymander should have

Goals 1. and 3. are obviously inconsistent if a state hugely changes partisanship between elections.

If the seats were uncontested, 2/3 of the weight is on the 2012 presidential vote, the rest on the 2016 presidential vote; i.e., uncontested seats are treated as if they were open seats. I have also calculated the open seats listed as open in 2018 in Wikipedia in this fashion. The weighing is based on David Shor’s data. https://gist.github.com/davidshor/5ea3e6c4e80cdc87243253e47c47bc41

All data is from the Daily Kos.

The rank is the ranking of the districts by partisanship by the composite index.

You can get the source data by clicking “source” in the map legend.

No attempt is made to account for asymmetric deterioration of incumbent bonuses in bad midterms for a president’s party, as happened in 2006 and 2010 (thus Collin Peterson and other Trump district Dems are probably underrated with this composite). 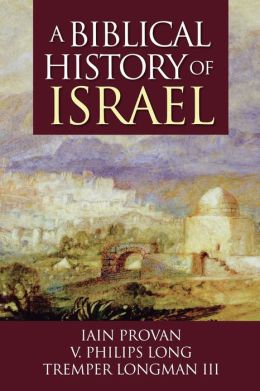 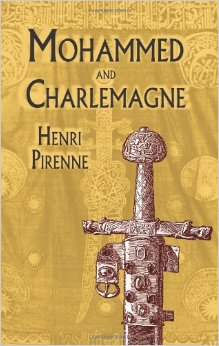