Israel is often seen as some kind of exceptional country in U.S. discourse. And, for the Middle East, it is. But not for Europe, even Southern Europe.

Israel’s 2012 PISA score is a mere 454, 483 for Hebrew speakers and 350 (lower than in Qatar) for Arabic speakers. This makes Israeli Hebrew-speakers about equivalent in school-related test performance to Italians, Spanish, and Portuguese. Considering the fact the Jews are the most (on average) intelligent race of man, and continue to wield disproportionate influence in the West, I can only conclude that the vast majority of Jews deciding to raise their children in Israel are solidly on the left side of the Jewish IQ bell curve.

Israel’s economic performance since 1950 is also unexceptional for Southern Europe. Before 2005, it was somewhat worse than that of Greece and Portugal (though after the crash, it was clearly quite a bit better). Perhaps this is misleading, as Israel is a much more fertile country in people than either Greece and Portugal, and contains a sizeable population of comparably unproductive Arabs, but, even after the crash, Israel’s economic performance is clearly no better than that of, say, Italy, and is comparable to that of Spain. Germany it isn’t, in any respect. However, its economic leadership was clearly wise in its avoidance of the Southern European post-Great-Recession supply-side economic stagnation.

2. Scott Sumner becomes increasingly detached from reality and moves further to the Left

4. Is Clinton’s nose tapping coordinating with the moderator? Who knows?

5. Trump joins Gerald Ford in not releasing his tax returns

7. Fact-checking Clinton in the debate

8. Washington state shooter was a non-citizen who voted in three elections

Of the March 15 primary states, the only state in which the results looked a bit… odd is North Carolina. Democratic primary turnout was super-high, nearly as high as Republican, Trump did not, as in Florida, get nearly the same number of votes as Clinton, but, rather, far less, and Bernie Sanders got an unusually high percentage of the primary vote for a Black Belt state.

Turns out, in North Carolina, there were 2,052,250 registered Republicans and 2,270,395 Romney general election votes, a ratio of 1.1 Romney votes per registered Republican. There were 2,870,693 registered Democrats and a mere 2,178,391 Obama votes, a ratio of .7588 Obama votes per registered Democrat. Democrats simply have a very lopsided party registration advantage there, and it is well known that DINOs tended to vote against Hillary Clinton, but not against Bernie Sanders.

In Florida, where the results were more normal-seeming, there were 4,581,056 registered Dems and 4,237,756 Obama votes, a ratio of .925 Obama votes per registered Democrat. Meanwhile, there were 4,163,447 Florida Romney voters and 4,137,890 registered Republicans, a ratio of 1.01 Romney votes per registered Republican. So the partisan turnout gap in Florida isn’t nearly 35 points, as it is in North Carolina, but less than 8 points, thus explaining Trump’s competitive position against Clinton in the Florida primary.

Doing two-party vote shares and registration percentages by county would be a tad time-consuming, so I’m not going to bother with it. It’d be interesting, though.

In the general election, Mitt won eight of these counties that he won in the primary. Barack Obama won the other eleven.

Mitt won all but six of the sixty-nine counties in the general election which he lost in the Ohio primary.

Running bought robots popular in elite bastions ain’t gonna work. The elites are moving to the Democratic party, and have been since 1984.

The LA Times poll shows Trump gained a half point while Clinton lost support by one tenth of a point. Overall, negligible in the grand scheme of things and a wash, despite Clinton winning the debate.

Overall, not a big loss. The Breitbart/Gravis poll:
https://marginalcounterrevolution.wordpress.com/2016/09/27/debate-really-didnt-hurt-trump/
was roughly correct, though it seems pundit commentary dampened Trump’s gains.

1. Scott Sumner is going off the rails

3. Trump’s anti-establishment debate statements (Tracey; who calls the outcome of seemingly every debate a tie)

4. Clock Boy phenomenon was not a product of Islamophobia, but Islamophilia

6. Trump is right: crime is rising

7. A PUMA’s take on what happened at the debate

If Trump did, in fact, gain support following the debate (meaning he’ll win Colorado and New Hampshire soon enough), that means Clinton badly failed at Her job and failed to outline a positive message for Her campaign.

1. Unlike in the primary debates, Trump did not score any own goals (except for his eye-rolling about the vibrancy of the Black church, which cemented Her status as the Black candidate).

3. Clinton used fear tactics far more effectively than Trump. Trump had a decent number of medium-grade counter-attacks and attacks, but nothing like Her attacks on “raysism, misoginy, HE WANTS TO START A NUCLEAR WAR, EVERYBODY!!!!”.

4. Trump should have attacked much harder and much sharper. He focused too much on facts. Like Clinton, he should have focused much more on emotions.

5. Cards Trump may want to memorize: “you have an overactive imagination”. “The Cold War is over: if you want to be Hitler rather than FDR, fine, be my guest”, “are you calling millions of good police officers in this country RAycis???” “A Black man has a higher chance of winning the lottery than being shot by a police officer”. And, most importantly: USE FEAR AND EMOTION. That was something Trump failed to do at this debate, which is why he lost it.

6. Discuss some plans. Don’t criticize Her plan as being too revealing, but as being not detailed enough.

7. Gather up some comebacks to the “raycism, misoginy, HE WANTS TO START A WAR GUYZ!!!!!” cards. He addressed the “racism” one reasonably well, but the misoginy and war cards were Hers to keep. Also, come up to some response to the birther card. That’s the problem with Trump: not enough ready responses, not enough attacks. Plan it forward.

All in all, I expect a drop of Trump’s chances back to the mid-20s % in the NowCast; not lower than 15% at any point in time.

Sharpen your knives, Trump: this is gonna get ugly. If only she uses the darkness, she wins. Make people fear Her, not just the situation in general.

I think Trump will be in a tie in the national polls just b4 1st debate. Mitt was at 3% in NowCast just b4 debate

So I expect Trump to be polling at ~40-45% just before the first debate.

I estimate his FiveThirtyEight chance of winning to be 40% plus or minus 10 points just b4 the debate.

I was off 1.2 points’ worth of the national popular vote (2.1 points’ worth of chance on the NowCast) on the first and exactly right on the second (this was exactly the case the day before the first debate, which I think counts under “just before”). I was also exactly right on the third. Here are the FiveThirtyEight models as of time of writing (minutes before the start of the debate):
Polls-only:

4. Cruz’s speech: F- Judas! Judas! Judas! [shakes pieces of silver]. Endorsed Trump, but not explicitly. Coward. Made it all about himself, which is what was terrible. Totally inconsistent and incoherent message. Reminds me of 1892 Dem platform: ready to be hijacked.

Ted Cruz explaining his Trump endorsement to an indignant, pacing Glenn Beck — now *THIS* is some truly great radio https://t.co/mNkG1pMS9Q 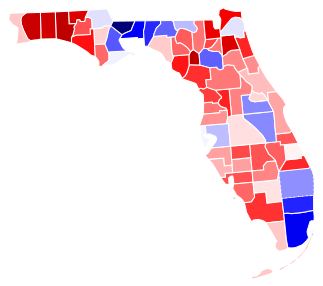 Compare the 2012 election results in what was, in that election, the closest state in the country.

No real surprises here, and not too much difference from Mitt v. O. Those nominal Democrats in the Florida panhandle whose ancestors voted for Al Smith back in 1928 really need to change their voter registration; the bullshit candidate Democratic presidential primary vote there stretches into the double digits; reaching 20% in Holmes County, FL. This, folks, is why fully open primaries are more useful at judging people’s actual voter preferences than closed ones: people register as members of a party that leaves them. Florida, Ohio, and Pennsylvania are the minimum number of reachable states that were needed for Mitt Romney to win the presidency. Florida and Ohio are absolutely necessary for any Republican presidential candidate to win, especially since the Bush era. Florida was famously the key to W’s victory. All the presidential primaries in these states have some element of closure, primaries being fully closed in Florida and Pennsylvania, and semi-closed in Ohio. Closed primaries do have one advantage: we can clearly see disgruntled partisan voters via the bullshit candidate vote.

Trump got slightly fewer votes in the Florida presidential primary than Clinton; 49.5% of the two-candidate vote. That’s closer than O’s victory over Mitt, even with the disenfranchisement of the Al Smith-voter-descended panhandle DINOs.

The correlation between Clinton vote share (relative to Trump) and Clinton votes among the counties is (R2=.216), far less than in Pennsylvania or even Ohio, and the correlation between Trump vote share (relative to Clinton) and Trump votes among the counties is slightly negative, and is (R2=.0212), much smaller than in Pennsylvania or Ohio. I presume this is due to the rural Black population, which does not exist in the northern states.

I’ve been saying since for months Trump will win Florida, on the basis that Florida (and Palm Beach County) has had a Republican trend since 2000.